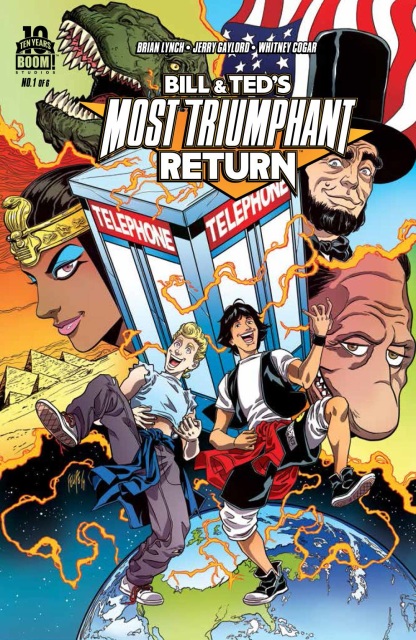 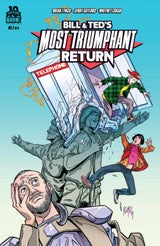 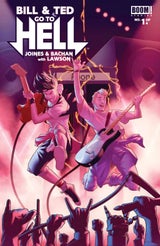 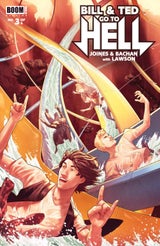 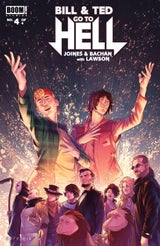 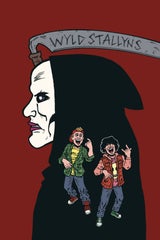 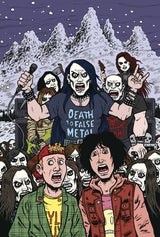 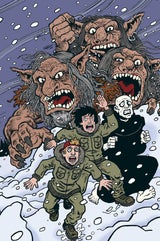 If you're a fan of the films, the comics will pick up where they left off.

Main creative team Brian Lynch (Angel: After the Fall) and Jerry Gaylord (Fanboys vs. Zombies) bring you all the silly humor and likable characters mixed with some cool historical science fiction you love! Plus, each story will have a backup adventure! This issue features a tale of tech terror by Ryan North (Adventure Time) and Ian McGinty (Bravest Warriors)!

What's to Love: It's time again to be excellent to each other! 2016 is the 25th anniversary of Bill & Ted's Bogus Journey, It's time to get the band back together! Bill & Ted and the Princesses will have to reunite with some historic friends to knock down the Devil's door and get their friend Death back. With the help of Rufus, Billy the Kid, Joan of Arc, and more, this is the showdown that will rock the supernatural world. History vs. Hell. Too bad Hell has some surprises up its sleeve...

After defeating the evil dictator De Nomolos in Bogus Journey in 1995, things aren't looking as excellent as they should for either Bill and Ted or Wyld Stallyns. There's tension in the band and worry at home. Bill and Ted's obsessiveness with writing the one song to bring peace to the world is affecting their playing and their relationships with their families. The band is losing favor with fans and the future isn't shaping up as they were all led to believe it would from past (and future) events. Desperate for a solution Bill and Ted burst in to announce their great idea to revive the band's fortunes: A world tour to spread the love-and the rock, and the love of the rock-to the world.