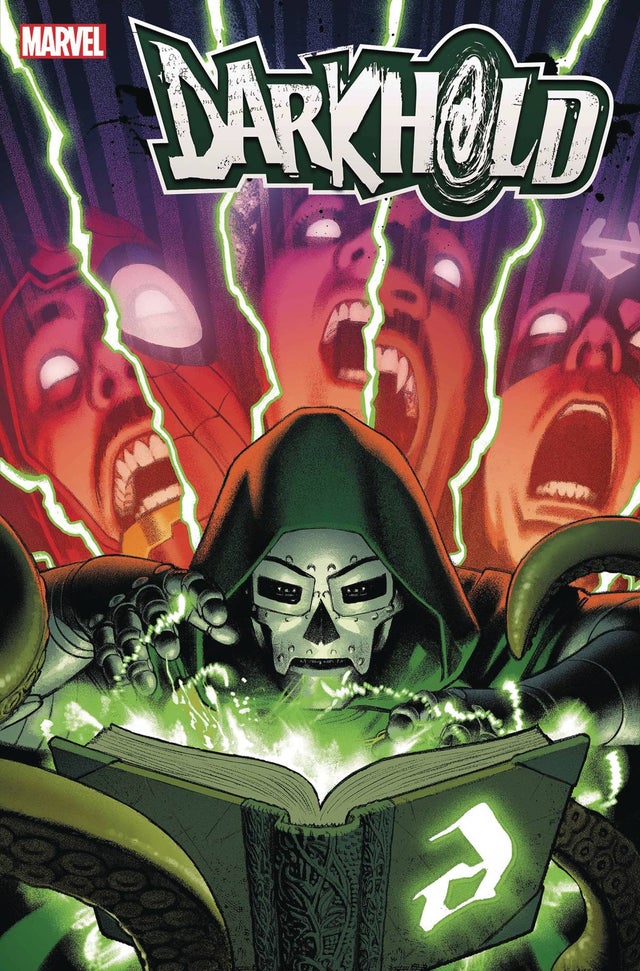 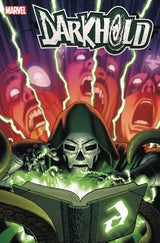 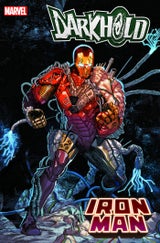 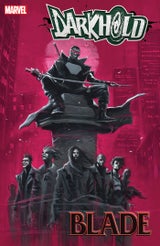 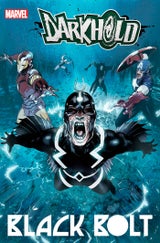 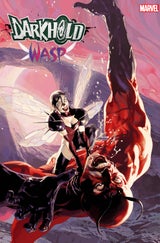 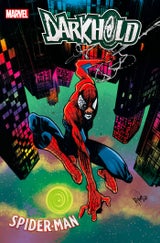 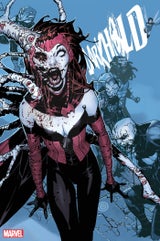 Ryan North turns his talents to a brand-new genre! Called forth to face the dread god Chthon, Iron Man reads from the ancient ill-fated text the Darkhold... and it changes the course of his entire life. The armour that has saved him countless times is about to become a prison - one whose only escape is a fate worse than death.!! (note: final art cover different)

For hundreds of years, scholars and heroes alike have searched for the complete text of the Darkhold - a.k.a. the Book of the Damned, written by the elder god Chthon. Now one of the greatest sorcerers in the Multiverse has found it - and Chthon has found him. To save them all, the Scarlet Witch must gather the world's greatest heroes...and unleash their inner darkness. Witness the Marvel Universe's descent into chaos!

Are you fanged, or are you food? The world is divided into humans and vampires - and Blade, the one who walks between them both... and kills with equal impunity. After reading from the cursed Darkhold, Blade and a cadre of other heroes were meant to enter Chthon's

dimension and stop the ancient god from destroying the Multiverse. But reading the book has changed all their lives and histories... and for Blade, the consequences are far-reaching. Vampires rule the world, and he rules over them all. But there are some heroes left - and Blade is not as omniscient as he thinks

Black Bolt's mighty voice is his greatest gift...and since childhood, it has been his greatest curse. Recruited with four other heroes to read from the Darkhold, a powerful evil text written by the elder god Chthon, Black Bolt thought he was signing up for a battle befitting a king. But the true battlefield...is his own mind. Critically acclaimed writer Marvel Russell brings you a scream-worthy story that will break an empire!

After reading from the ancient Darkhold, Spider-Man was meant to gain the power to enter the dread Chthon's dimension and stop him from spreading his mythic darkness across the globe. Instead the book drove him insane - but what does that mean for the stalwart Peter Parker? Dive into a warped world of Spider-Man's broken mind!

Bidden to draw forth five archetypal heroes, the Scarlet Witch chose Janet Van Dyne as "the artist" - the hero whose ingenuity and strength of will could prove the lynchpin in the coming battle against Chthon. To enter Chthon's dimension and face his darkness head-on, the Wasp read from the ill-fated Darkhold text...and it drove her insane. Now her entire life is subject to question. Janet is no stranger to mental illness; she spent years trying to redeem ex-husband Hank Pym despite his violent breakdowns.